Her lawyer, “Joseph P. Cataldo, said in an emailed response to questions from the Herald. ‘Michelle took no actions and her speech in the form of text messages and telephone calls do not amount to a crime. … Although the district attorney’s office does not like the content of the speech, it is speech which is constitutionally protected by the First Amendment and is not criminalized under our laws.’”

The full contents of Carters texts to Conrad can be read here.  Michelle continuously and repeatedly encouraged Conrad to commit suicide as soon as possible.  A sample of her texting with Conrad the day before he killed himself below: 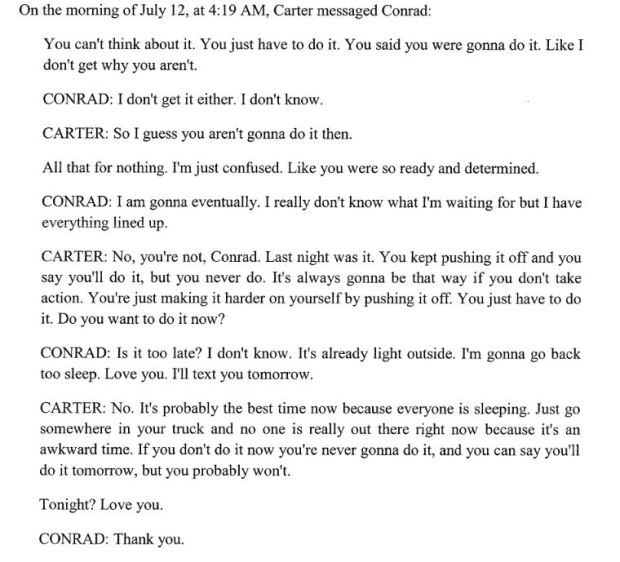