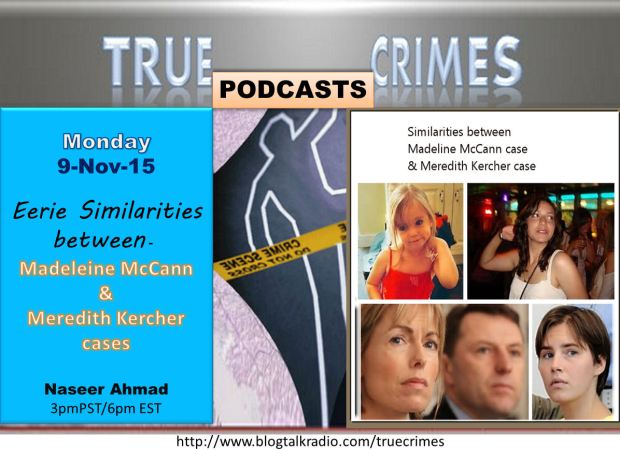 Naseer Ahmad, holistic physician, writer, volunteer editor on Meredith Kercher justice websites. He also had a keen interest in the disappearance of Madeleine McCann, the 3 year old girl from the UK who disappeared while on holiday in Portugal on May 3, 2007 with her parents. The McCann case attracted the same worldwide attention as Meredith Kercher murder case. Meredith Kercher was from the UK and was murdered on Nov 1, 2007.

Here today to discuss the eerie similarities between the two cases.