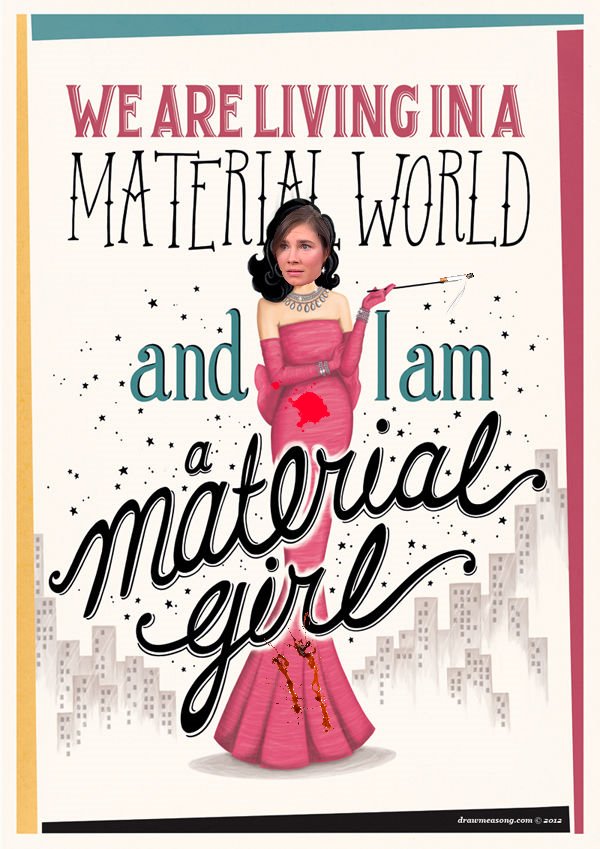 It is being reported on May 20, 2016 that Amanda Knox has won the right to appeal her slander conviction from Italy through the European Court of Human Rights.  Along with her slander appeal Knox’s lawyer said, ” . . .he is preparing to seek damages from the government for her wrongful detention, and would file soon. The maximum allowed by law is 500,000 euros ($560,500).”   This is a significant sum of money and it brings up the question of how much Amanda Knox has collected over the years from interviews, magazine photo spreads, book deal, fundraisers and donations.  After doing some research it appears that Amanda Knox has received approximately fifteen million dollars, not including private donations which are unreported.

Amanda Knox and her family have repeatedly asked for donations for her ‘legal fees’ over the years.  Ostensibly Amanda Knox’s legal fees should be about the same as Raffaele Sollecito or less since her lawyers were not as high profile as his.  He and Knox were freed from prison in October 2011.  Sollecito admitted in 2012 that all of his legal fees, after five years of court battles, amounted to less than one million.

Knox’s family claimed in 2013 that they had $1.5 million in debt along with their legal fees.  If you accept that, then their total debt was approximately $2.5 million altogether.   This amount was covered by Knox’s book advance of four million which she received in 2012.  However, even after Knox received the advance her family still begged for handouts as recently as April 2015.  Even if another million for court fees from 2012-2015 is added, Amanda Knox would have at most two million in debt.  This would leave their total debt from the 2007 arrest to present day as about $3.5 million.  Again, this was all covered by her advance. Side note: The Seattle news website which has had a history of being biased in their reporting of Knox, erroneously reported that Knox only received $1.5 million advance for her book.   However, more reputable news sources confirmed that Harper Collins paid Knox four million dollar advance.

At the time Knox received her book advance, she contemplated giving some of her generous funds to the victim’s family but she seemed to have forgotten all about it.  Knox said, “First of all we need to pay our bills and look after that. I had no idea yet what plans are in and we have people helping us with finances. We have got donations from people all over the world.”

Knox’s friends held a large number of fundraisers during her high profile trials  through three main websites, two of which are no longer active: Amandadefensefund, Friendsofamanda, and InjusticeinPerugia (IIP).  Below is a list of all publicized fundraisers that this writer could locate online:

Since the total amounts that Knox received from many of these fundraisers have not been released publicly, it is impossible to report exactly how much Knox has received over the years.  However, of the amounts that were reported in the news, it is over $52,850 from fundraisers.  In addition to this Knox won a settlement from Italy on March 18, 2010, “Amanda Knox was awarded $55,000 by the Italian court . . . for the theft of her personal notebooks and unauthorized photographs by Corriere Della Sera journalist Fiorenza Sarzanini. Her step-father, Chris Mellas, told the West Seattle Herald the family wanted ten times that amount and may appeal. “

Then on February 16, 2012 Amada Knox receives $4,000,000 advance on Memoir from Harper Collins.  Billionaire Donald Trump also ostensibly donated to the Knox family.  He was quoted in 2011 saying, “I’ve been supporting the family and helping the family and I’ll continue to help the family.”  No exact dollar amount has been documented publicly but rumor is Trump donated a million.

It was also reported back in 2011 that Knox was, ” . . .offered up to £6.5 million ($9.4 million) for her first television interview . . .”  Again, the total amount of money Knox has made from interviews has not been not reported publicly.   There have also been multiple movies and a new television show based on Meredith Kercher’s murder so Knox could also be receiving movie rights or additional money from them.

Finally, in 2016, Knox is suing Italy for over half a million dollars ($560,500) through the European Court of Human Rights.  Sollecito is also suing for 570,000 for wrongful imprisonment.   Some reports say that they will each receive millions of additional dollars from Italy.

If Knox does win a settlement from Italy via the ECHR, a lawsuit for wrongful imprisonment against Italy, and modestly speculate a low $2,000 for each fundraiser which did not publicize it’s total earnings, add a million from Trump, then Amanda Knox’s subtotal of earnings is at least $2 million.  If she did receive $9.4 million from her first interview alone, along with earlier court winnings, advance for her book, that increases her total earnings to $15 million, a low-ball figure.

This does not include payments from interviews, exclusive photo shoots (like Kim Kardashian who was paid more than one million for exclusive pictures of her wedding),  and untold number of private donations from around the world along with gifts from networks that tried to get an interview from her so this figure is probably much higher.

On top of all of this, Knox solicited for donations ‘in the memory of Meredith Kercher‘ on her own website.  This scandal caused the Kercher’s lawyer to demand that she remove her donation button.  There was no word on how much Knox garnered in Meredith’s name or if any of it went to the Kercher family.  It should also be mentioned that Amanda Knox sympathizers have made threats in social media that Knox plans to sue journalists and bloggers for writing about her in unflattering terms.

We know that Knox has never held a full time job as it appears she doesn’t need to.  For the past couple of years, she has been traveling around the country with her mother attending innocence conferences.  She claims to be exonerated but the Italian Supreme court stated that she was only acquitted due to insufficient evidence, that she was present at the murder scene and washed Meredith Kercher’s blood from her hands.

Raffaele Sollecito also went public with his begging for funds and earned  over $44,000 on his Gofundme page alone.  He was able to afford an extended holiday in the Dominican Republic and to travel around the United States, visiting Amanda and dating different women all while his trial was going on.  Bottom line, Amanda Knox has gotten rich from her experiences surrounding the death of Meredith Kercher.  She does not need any more donations, in fact, it looks like she should be making some.

UPDATE: 2-Jul-2017:  Amanda starred in a self-named Netflix documentary.  No word on what she was paid or how much in royalties she receives but the video has been heavily publicized all over the world.

Amanda is currently employed by the West Seattle Herald and writes a blog once a week.   In addition to this, Amanda is not making $5-10,000 for speaking engagements.   She has spoken to various conferences around the U.S. and Canada.

UPDATE  2018: Facebook has recently announced that they are paying her to star in a video series created through Vice called The Scarlett Letter Reports.  They have not disclosed how much Knox will be paid to host the series. “The Knox-hosted show, “The Scarlet Letter Reports,” is among three original weekly series from Vice ordered by Facebook that will launch in the next few months. . . .Facebook is paying for the shows, making Vice among the select partners the social media giant is buying content from.” 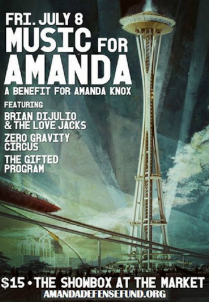 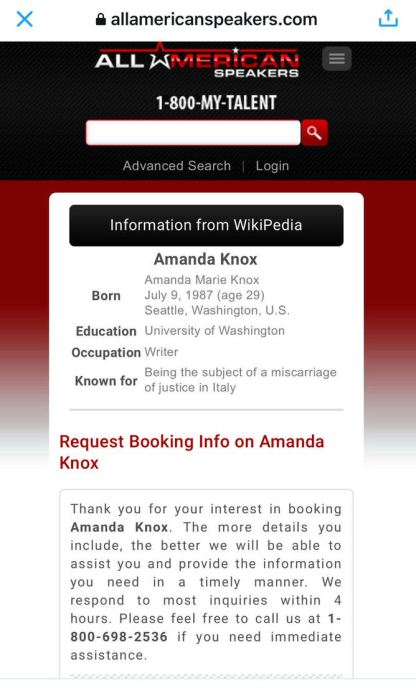 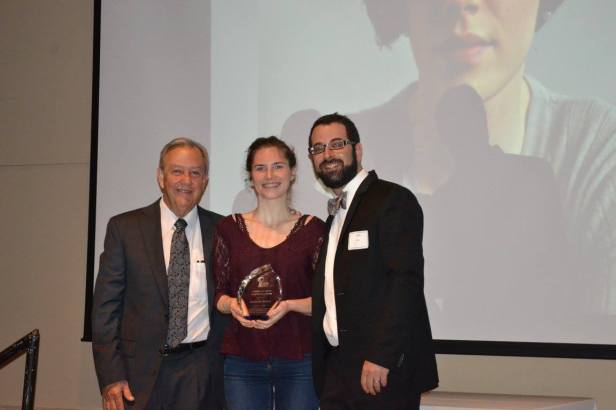