A famous president once said, “Boycott Italy over Amanda Knox.”  The same sentiment arises for Amazon.com when one becomes aware of how Meredith Kercher’s book is being displayed on their website with only pro-Amanda Knox books listed as other suggested books.

‘Meredith” was written by her ailing and distraught father after the murder of his youngest child.

John Kercher, has suffered two strokes from the stress of his daughters violent death and subsequent attacks in the mainstream media as well as social media by the defendants and their supporters.

The Kercher family has been attacked again and again. Fortunately John Kercher was able to finish his book about his daughter and publish it in 2012. 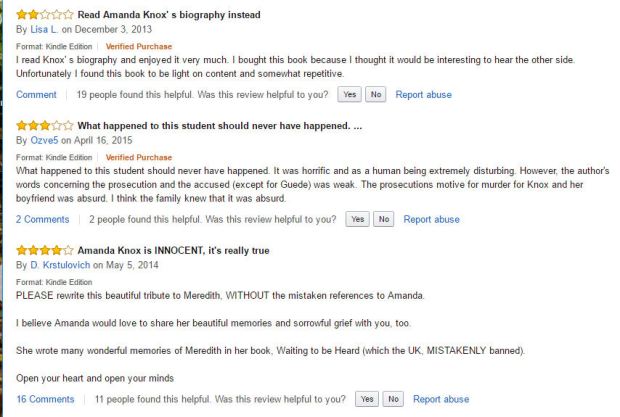 As if the horrible reviews supporting Amanda Knox wasn’t enough, Amazon.com attacks again by only including pro-Amanda Knox books, as related to this book, on the Meredith book webpage.

There are numerous books published about Meredith Kercher’s murder.  There is a sharp divide between them,  some adamantly support Amanda Knox while others are more objective and portray the facts of the case. 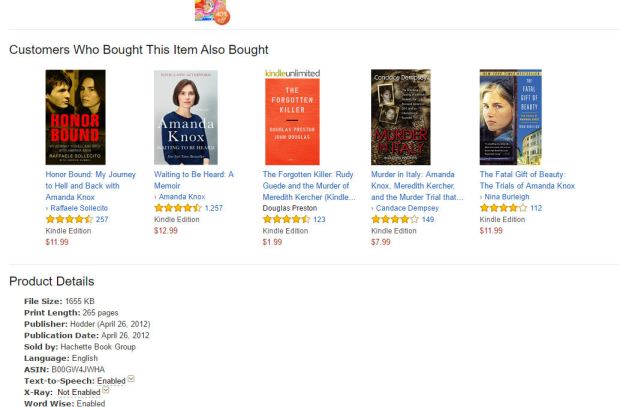 With so many other more credible books written by established and respected journalists like John Follain, Barbie Latza Nadeau, Paul Russell, and Graham Johnson to name a few, why is Amazon only posting pro-Amanda Knox books?

Follain, Nadeau, Russell, and Graham studied the case closely, attended trials, spoke fluent Italian, and interviewed the main players.   None of their books are listed on Meredith’s page.  Only writers who spouted about Amanda Knox being innocent is listed by Amazon on John Kercher’s book webpage.

Books that should be listed on Meredith book page include:

It simply cannot be a coincidence that Amazon.com posts only the books of rabid Amanda Knox supporters on the Amazon page of John Kercher’s book about his murdered daughter.  Shame on Amazon for allowing all of this to happen to Meredith Kercher and her family.   R.I.P. Meredith Kercher

Amazon no longer offers this objective analysis of the murder of Meredith Kercher which includes respected experts opinions. 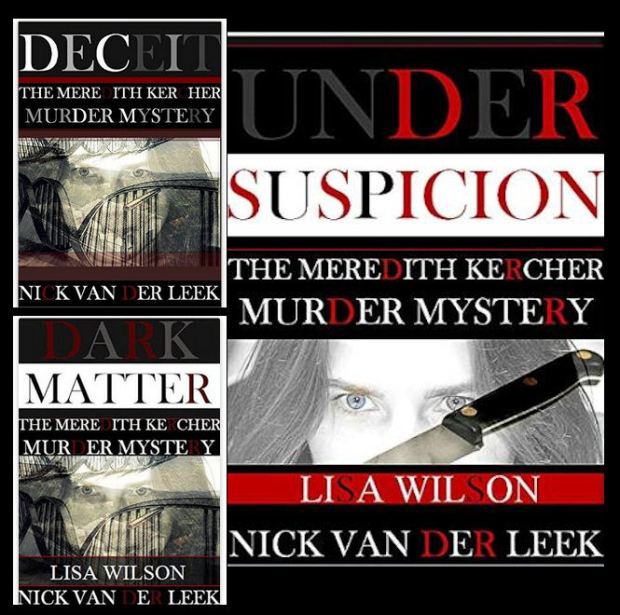