The latest scandal involving Meredith Kercher’s former murder suspects, is Amanda Knox’s ex,  Raffaele Sollecito, publishing shocking pictures and comments on social media.  Raffaele made some cutting comments on a private Facebook group that caters to whose who enjoy discussing violence and hatred for women.   Amanda’s former suspected murder accomplice, shared pictures of himself wielding a knife and giving advice on how to get away with murdering your girlfriend.  Raffaele then insinuated that  Amanda Knox was mentally insane.

Amanda Knox’s former boyfriend-of-one-week was exposed in the Italian media on January 19, 2017 for his piercing posts.    The story first appeared on ‘il Fatto Quotidian’ and has blown up all over the Italian media while the American mainstream media has, so far, refused to report on it. 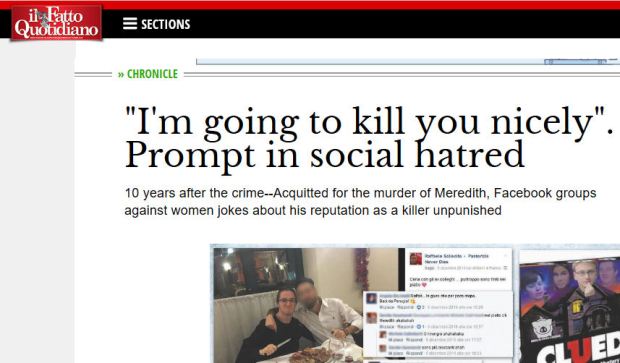 “That Denis writes: Teacher teach me how to erase the traces of a crime that I have two things to solve?.

Raffy Prompt reply: simple. We puked on and nothing comes close!. Giulia writes of don’t be cruel when will kill and

If these comments were not enough, there are also those who allude directly to the murder of Meredith.

Reports the Lucarelli: “her: you look pale, you’re not going to the beach?.

Raffy: Eh I see so many people turn pale.

The blogger then commented: Ahahaha you laugh, in fact Meredith must have been rather pale, considering that they found no longer a centiliter of blood in the body. “

“Good news especially for family members of Meredith Kercher, Raffaele Sollecito, after trying to retrain as a tv commentator and as undertaker 2.0, has found its place in the world: is the leader of secret groups on Facebook that have made hatred towards women their workhorse and fine humorist. Indeed, irresistible comedian with a clear preference for black humor, since he murdered her dead trifled it had at home.”

Raffaele attempted to work as a crime expert on Italian television but the public revolted and a change.org petition was started to fire him last April.  Almost 24,000 people signed the petition to stop Sollecito from becoming a TV pundit.  A few months earlier, Sollecito received $73,000 from the Italian government to start a website catering to funerals and graveyard maintenance.  Sollecito is in court this month to sue the Italian government for another half a million euros.

In between television interviews, book signings, lawsuits, and website work, Sollecito manages to find time to give advice about murder. 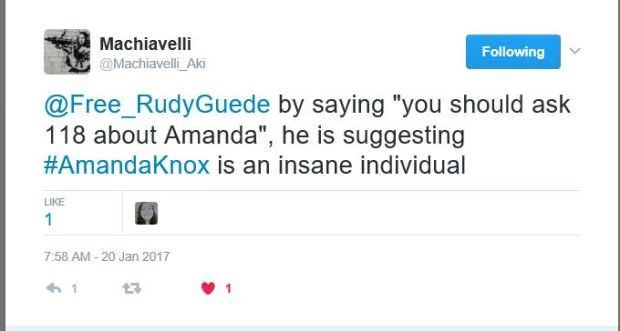 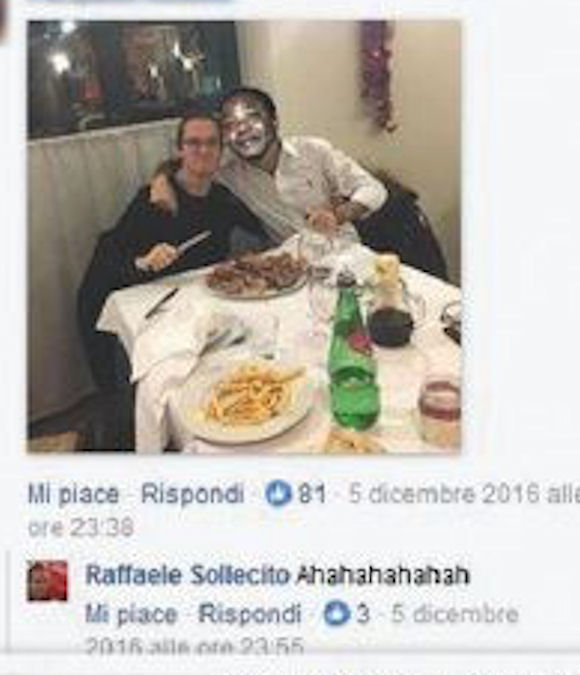 Face of Patrick Lumumba is photoshopped onto Raffaele’s friend’s face.  Patrick was wrongfully accused of the murder by Amanda Knox.  Her conviction of criminal slander was finalized by the Supreme Court in 2015.

The former murder suspect appears to be collecting selfies with knives. 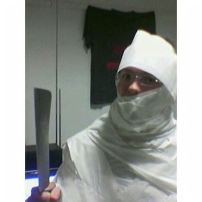 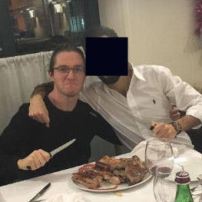 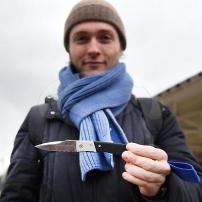 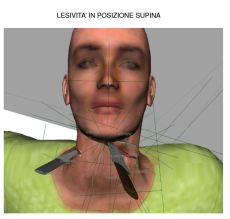 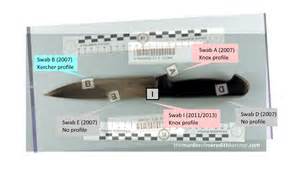 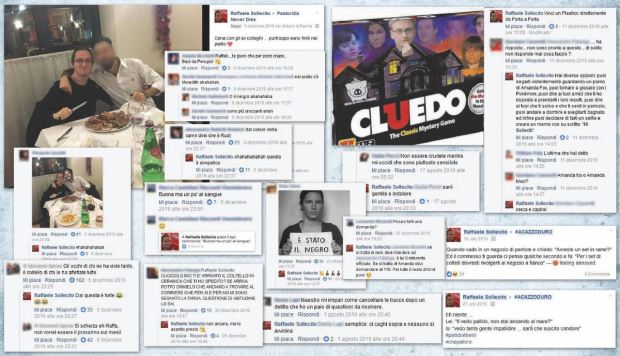 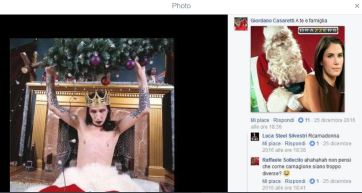 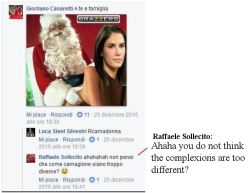