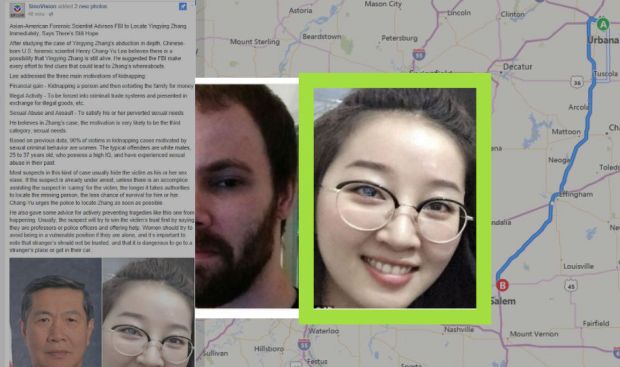 UPDATE 11-July-17:  It is being reported that authorities have concluded that Yingying Zhang was not in Salem, IL.

“Salem Police Detective Bryan Green . . . traveled to Champaign Tuesday to meet with the parents of 26-year-old Yingying Zhang to show them video surveillance of the woman who apparently had been mistaken for her daughter. Green says they were able to see the woman in the video was not their daughter.”

The FBI has already stated that they believe missing student Yingying Zhang is no longer alive.  Authorities do not make this statement lightly.